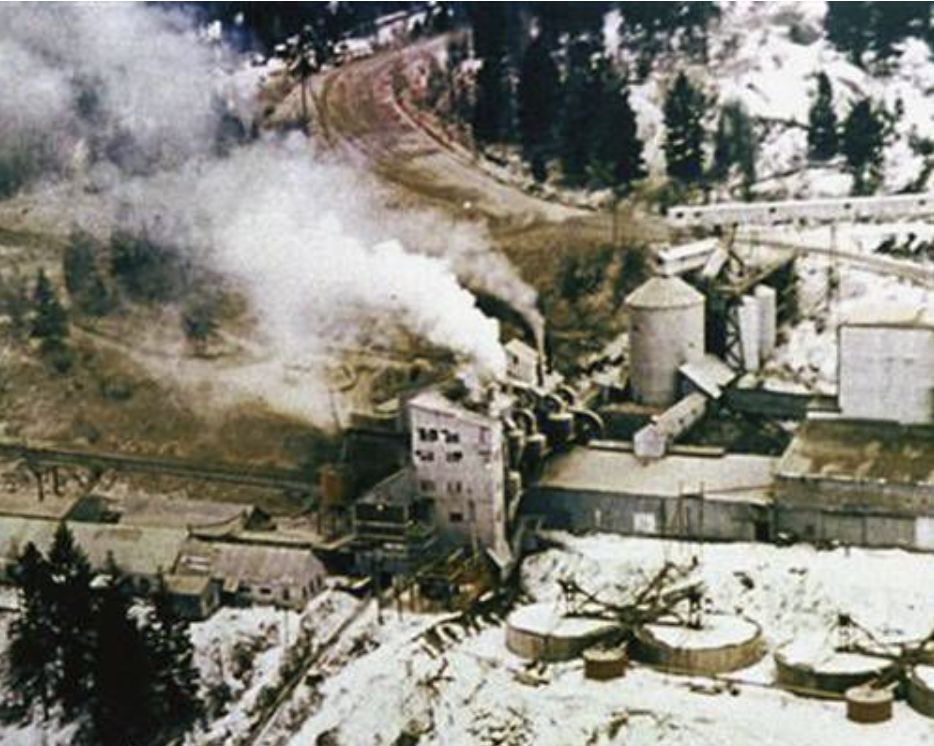 The asbestos cleanup of Libby, Montana, is coming to a celebrated close.

It’s a bittersweet ending to what is left behind.

The 19-year, $600 million EPA Superfund project aimed to right the wrongs created by the shuttered W.R. Grace and Co. vermiculite mine.

Once the lifeblood of the community, it also became a cold-hearted killer.

Although the mine was closed almost 30 years ago, health officials have since documented more than 400 deaths linked to asbestos-related diseases such as mesothelioma, asbestosis and lung cancer.

As part of the project, an estimated 8,100 properties throughout surrounding Lincoln County were inspected. More than 2,600 cleanups were required and completed.

A million cubic yards of contaminated dirt and building materials were removed and replaced. Yards, homes, public parks and businesses have been fixed.

The self-proclaimed City of Eagles now looks picturesque and inviting to the outside world.

The EPA recently hailed the work and collaboration with city, county and state agencies that helped turn the cleanup into a redevelopment effort that included site reuse and environmental sustainability.

It includes the once-contaminated Riverfront Park, used for community celebrations, weddings, concerts and the annual Riverfront Blues Festival that attracts people from across the nation.

“This is an incredibly resilient community. I am honored to recognize those who have made a difference, especially throughout the Superfund redevelopment efforts,” EPA Regional Administrator Doug Benevento said in a press release. “As this cleanup draws to a close, we are here to thank organizations and community members for their hard work, perseverance and for envisioning a vibrant community.”

Although much of the asbestos is now gone, the toxic effects of the mineral will be felt for decades in Libby and surrounding areas.

Asbestos-related diseases such as mesothelioma can take 20 to 50 years to develop after initial exposure.

This long latency period is the reason why Lincoln County is home to the highest asbestos-related mortality rate in the nation.

Libby has the distinction today of being the EPA’s first public health emergency resulting from an environmental disaster.

In addition to the 400 reported deaths, more than 2,400 others — either current or former residents of Lincoln County — have been diagnosed after being screened at the Center for Asbestos-Related Disease Clinic in Libby.

Miners who worked there were not the only casualties. The asbestos dust from the nearby processing plant traveled for miles, threatening the entire community.

Despite the Superfund site cleanup, the clinic remains busy today. It also will remain open and funded for many years.

“We’ve come a long way,” Mike Cirian, the EPA’s Libby project manager the past 13 years, told the Montana Standard when asked about ending the cleanup. “It’s monumental. There is so much emotion tied to this. A lot of people now just want us gone.”

The Montana Department of Environmental Quality is scheduled to replace the EPA and assume management of the Superfund site in January 2020.

The EPA will remove Libby from the National Priorities List.

Of concern is the handling of the properties where future discoveries may be made. Almost 700 properties were never inspected either because owners could not be reached or wouldn’t allow it.

Some cited philosophical reasons, against the government intruding on their property. Eventually, when those properties are sold, buyers may want an inspection.

To commemorate the end of the cleanup, the EPA produced a video touting the work they have done.

It also includes lifelong resident Gayla Benefield, whose parents and husband all died from asbestos-related diseases.

She, too, has been diagnosed with an interstitial lung disease. She spends much of her time now on oxygen.

For decades, Benefield has been a vocal critic of the vermiculite mining that caused such tragedy in her town and to her family. Yet she also showed her appreciation for what the EPA has done, and the way this has ended.

“It went from an industrial pollution problem to a disaster,” Benefield said in the video released by the EPA. “But I have to commend the EPA. They hung in there. There were times it wasn’t nice, it was a little unpleasant, but they managed. The EPA has been here. We’ve identified the problem. We’ve addressed the problem, and cleaned up the problem.”