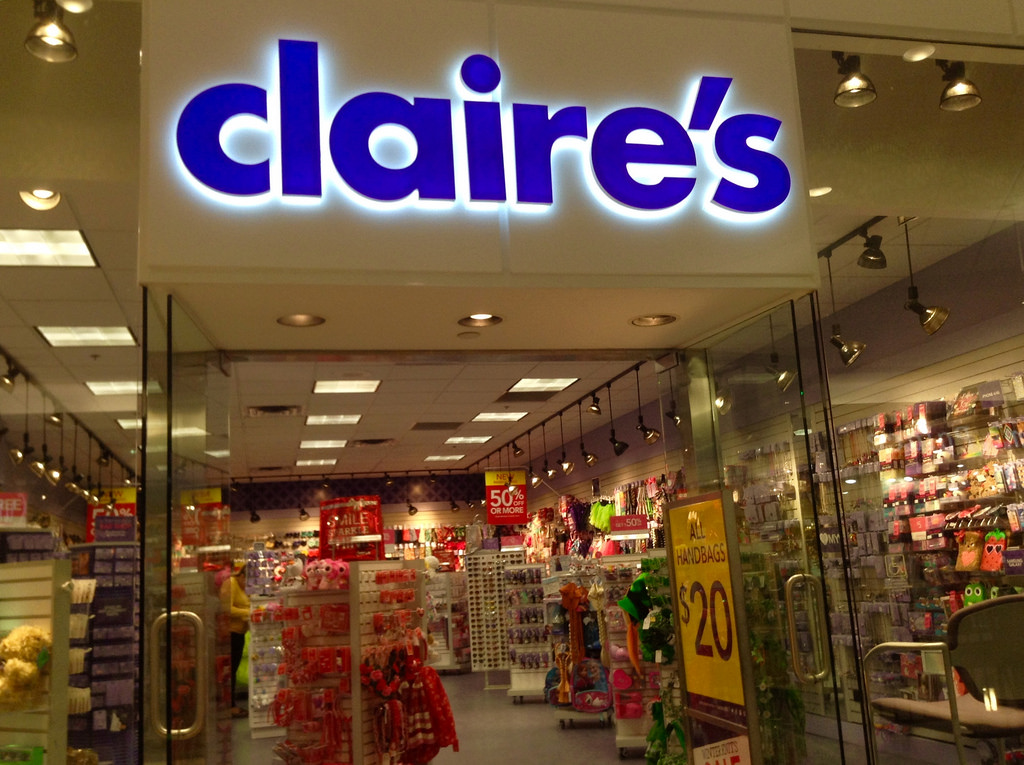 (Reuters) – The U.S. Food and Drug Administration called on Congress to modernize rules for cosmetics safety on Tuesday after it issued an alert warning consumers not to use three cosmetics products sold by Claire’s Stores Inc because they tested positive for asbestos, a known carcinogen.

The FDA said it would work with Congress to update the regulatory framework that the agency has been operating under for more than 80 years for cosmetics. It said there are currently no legal requirements for any cosmetic manufacturer selling goods to American consumers to test their products for safety.

In its safety alert, the FDA identified the products as Claire’s eye shadows, contour palette and compact powder and cited the talc used in the products.

Claire’s disputed the FDA test results, saying they “show significant errors” and have “mischaracterized fibers in the products as asbestos.”

The retailer, which emerged from bankruptcy in October, said, “There is no evidence that any products sold by Claire’s are unsafe.” However, out of an abundance of caution, it said it removed the three products in question from stores as well as “any remaining talc based cosmetic products.”

The FDA has come under intensifying pressure from lawmakers and consumer advocates to investigate possible asbestos contamination of talc following a report published by Reuters on Dec. 14 about talc in Johnson & Johnson powders. The Reuters report detailed that J&J knew that the talc in its raw and finished powders sometimes tested positive for small amounts of asbestos from the 1970s into the early 2000s. J&J did not disclose its test results to regulators or consumers.

The alleged presence of asbestos in talc products is at issue in thousands of lawsuits filed against J&J. Last month, J&J said it had received federal subpoenas for the first time related to the asbestos litigation and said it is cooperating with the inquiries.

J&J and its talc supplier, Imerys Talc America, have said numerous studies and tests by regulators worldwide have shown their talc to be safe and asbestos-free.

In response to the FDA’s call on Tuesday for new rules, J&J said it supports the agency’s efforts to “reaffirm the safety of cosmetic talc products.” The company said it has backed previous legislative efforts to modernize FDA’s regulatory authority over cosmetics.

In 2009, the FDA hired an outside lab to test 34 samples of cosmetic talc powders, including a bottle of J&J’s baby powder, as well as raw talc. No asbestos was detected when the results came back a year later.

The FDA on Tuesday said it would investigate cosmetics manufacturers’ sources for talc and what steps they take to test the raw material or their finished products. The agency did not name specific companies.

“We also want to know how many cosmetics products contain talc and whether manufacturers have received adverse event reports associated with talc-containing products,” the FDA said.

In a joint statement on Tuesday, FDA Commissioner Scott Gottlieb, who separately announced his resignation, and the director of the agency’s Center for Food Safety and Applied Nutrition, Susan Mayne, said federal rules have not keep pace with the cosmetic industry’s substantial growth and a global supply chain.

“To significantly shift the safety paradigm of cosmetics in the U.S., we would need to work with stakeholders, including Congress, to modernize the outdated regulatory framework that the FDA has been operating under for more than 80 years when it comes to cosmetics,” they said in the statement.

The FDA said the new rules for cosmetics manufacturers may require companies to report adverse events, provide access to consumer complaints during routine inspections and disclose known allergens on a product’s label.

In the meantime, U.S. regulators are asking cosmetics firms to voluntarily register their products and a list of ingredients, including talc, with the FDA.

Asbestos is a mineral often found near talc, a common ingredient in many cosmetics, and if steps are not taken to purify raw talc sufficiently the talc put in consumer products may be contaminated with asbestos, the FDA said.

Talc may be used in cosmetics, for example, to prevent caking or to make facial makeup opaque.

In 2017, the FDA said it became aware of reports of asbestos contamination in several cosmetics sold by Claire’s and another retailer, Justice, which is owned by Ascena Retail Group Inc. The two retailers subsequently removed certain products, such as glitter creams, eye shadows and make-up sets.

The FDA then ordered independent tests and the results received in late February confirmed asbestos in three Claire’s products and one from Justice. The Justice product had already been recalled from the market.

In a statement on Tuesday, Justice said it “quickly and responsibly issued a voluntary recall in 2017 out of an abundance of caution.”

The FDA said Claire’s had refused to comply with its request to recall the products that tested positive for asbestos. The FDA said it does not have the authority to mandate a recall, so it issued the safety alert.

The United States Public Interest Research Group last May reported the health and safety regulator for the Netherlands ordered Claire’s to remove several makeup products from Dutch shops after a study by U.S. PIRG showed contamination with asbestos.

Claire’s in March 2018, in a statement, questioned the accuracy of asbestos testing by Dutch authorities. It said its own testing at independent laboratories in the European Union and the United States labs found that Claire’s products were “compliant with all relevant cosmetic safety regulations.”

Claire’s, based in the Chicago suburb of Hoffman Estates, operated 2,471 stores in North America and Europe as of August 2018.