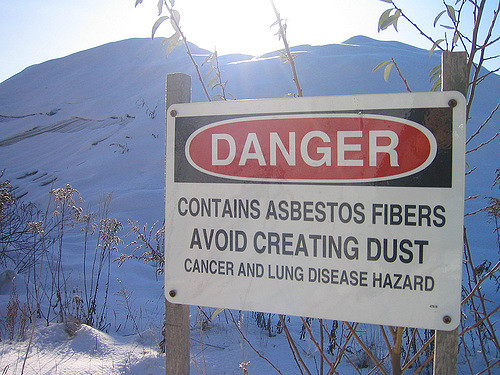 In the early half of the 20th Century, asbestos was widely used as Christmas decor because of its white, fluffy appearance — but that was before it was recognized as a major risk factor for an aggressive form of cancer known as mesothelioma.

Asbestos was once marketed as artificial snow and sprinkled on trees and wreaths and ornaments. Although those products have not been produced for many years, the oldest decorations that were passed down from one generation to the next, may still have small amounts of asbestos.

The most famous asbestos snow scene was used during the filming of “The Wizard of Oz,” the 1939 classic with Judy Garland that became the most watched film in history. There is a scene in the movie where snow, made from asbestos, falls on Dorothy and her friends, awakening them from a spell cast by the Wicked Witch of the West. 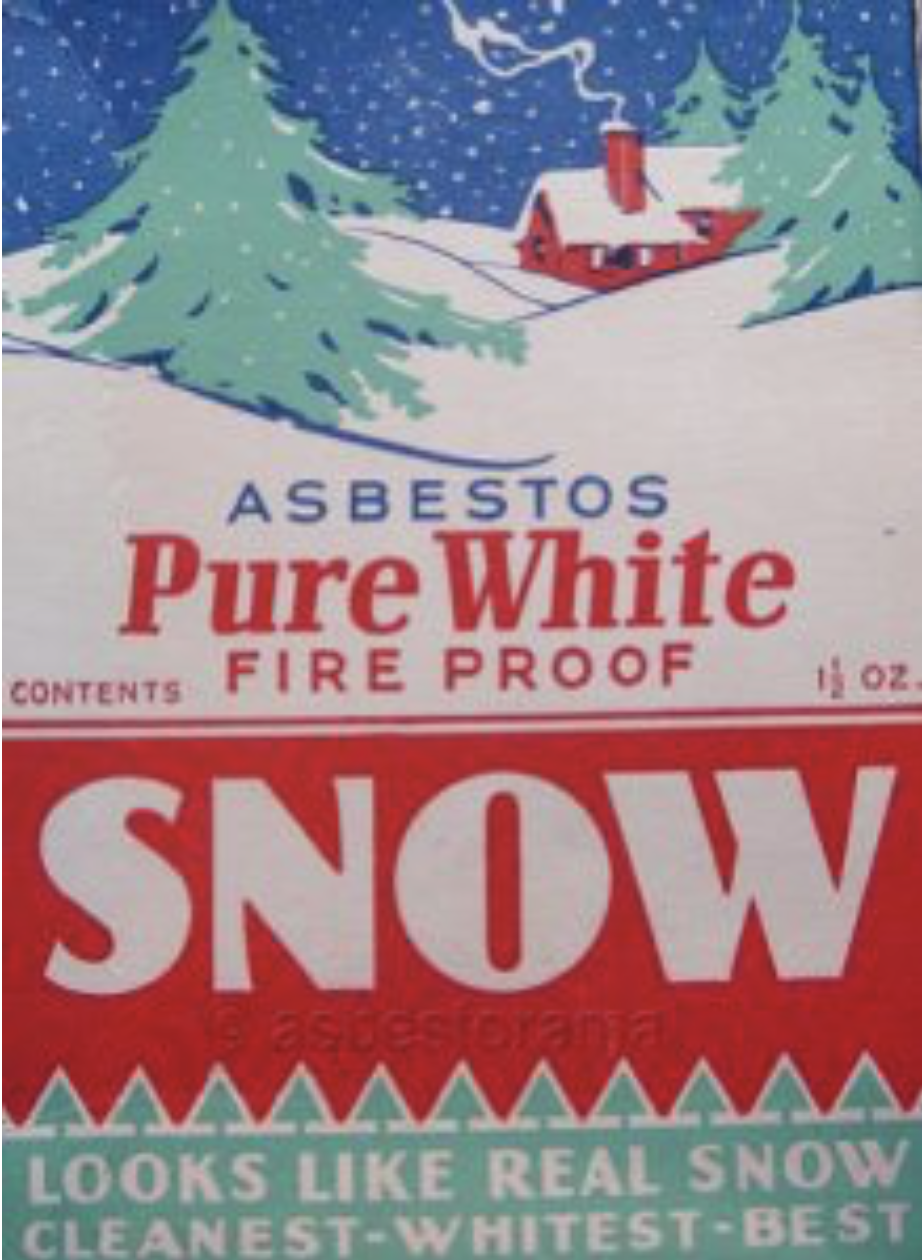 The image above depicts a real item sold to consumers in the mid-20th Century.  The product was manufactured by National Tinsel Manufacturing Company and was sold in the late 1940s through the 1950s, Rich said. He told us:

Generally speaking, asbestos was used by the tens of millions of tons for nearly over a century and a half in modern history for a wide variety of applications, mostly due to its fire resistance, insulating properties, durability/strength, inertness, could be woven, and was cheap and abundant.